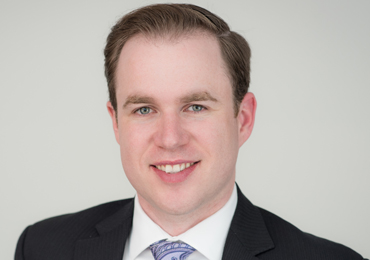 Ryan Gauss earned his Honours Bachelor of Arts Degree in History and Political Science from King’s University College at Western University in 2008. Born and raised in London, Ontario, he has an extensive background in the local community, which would include various board appointments and volunteer positions with local organizations.  He is currently the Director of Operations and Personnel for Peter Fragiskatos the Member of Parliament for London North Centre.  In this role, Ryan carries out his duties both in London and on Parliament Hill.  Ryan was previously a Human Resources Advisor with the Royal Canadian Mounted Police (RCMP), where he started working as a high school co-op student and held various administrative roles throughout his approximate 12 years with the organization.

Ryan was also the Chief Executive Officer (CEO) of London City Professional Soccer Club – London’s only professional soccer franchise – prior to his family selling the club in 2011. He has been involved with the Bethanys Hope Foundation as a volunteer since 2006, was appointed to the Board of Directors in 2008, Vice-Chairperson from 2011 to 2013 and Chairperson from 2013 to present. In 2015, Ryan was elected to a one year term as the President of the World Leukodystrophy Alliance (WLA), an international organization that is a collection of “…like-minded organizations interested in the development of therapies and improving the quality of life for those with leukodystrophies.”

In 2015, Ryan received the Young Alumni Award from King’s University College which recognizes outstanding achievements that have earned regional, national or international recognition in such areas as: service to humanity, professional accomplishment, community service, the advancement of knowledge, or service to King’s.

Ryan resides in London with his wife Haley who is Registered Nurse (RN) and they have one son, Hudson, who was born in August 2017.